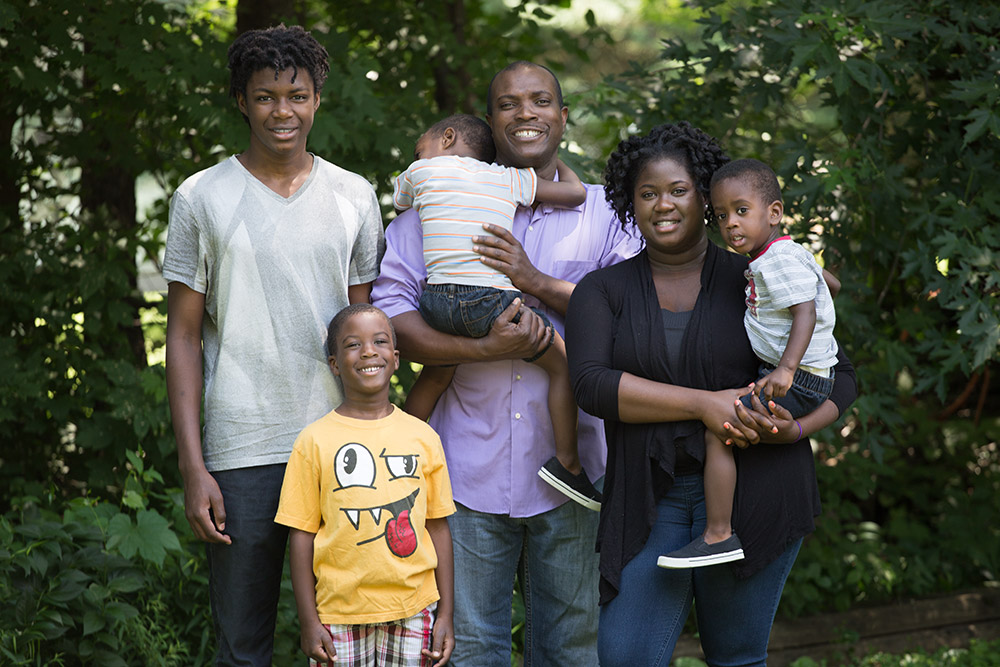 Oral Nick Hillary was born on June 28, 1974 in Kingston, Jamaica. He came to the United States in 1990 along with his family in search of better opportunities. His mother stressed education for all of her children and Nick was no exception excelling at math and participating in student government. Nick and his family worked very hard to make it in this country with education and a strong family as the cornerstone.

Hillary attended Samuel Tilden High School in Brooklyn, NY where he was the NYC Player of the year in 1992 and a 3.9 GPA student. He was recruited to play soccer at Lafayette, St. Johns and University of Buffalo and despite having Division I scholarship offers, he made the decision to serve his adopted country before pursuing higher education and collegiate athletics. In August of 1993 Hillary enlisted in the US Army where he rose to an E-4 rank as a corporal and was a part of a cleanup crew for the Persian Gulf war. He was honorably discharged in 1995 after two and a half years of service and earned the US Army achievement medal and the commendation medal for his distinguished service.

After leaving the service Nick enrolled at St. Lawrence University in the fall of 1996 where he studied Math and was a leader and standout on the men’s soccer team. Nick was the captain of the record breaking 1999 National Championship St. Lawrence Saints, the first team in NCAA history to go undefeated and untied en route to a national title. That year Nick was voted the Regional defensive player of the year and was named to the NSCAA All American team. In the classroom Nick was a top student and an enthusiastic participant in every class. Around campus, Nick was known as a caring and sincere peer who looked after his friends and showed respect to everyone. One former SLU classmate said about Nick, “Nick was equally committed to soccer, school and community. I always admired the consistency in how he treated people – he was the kind of guy who spoke the same way to the president of the university as he would to a janitor.”

Hillary also found time to volunteer in leadership positions serving as the Housing & Community Outreach coordinator for the Louis Ray House of Brotherhood and was a summer dorm supervisor for the HEOP program. He graduated from St. Lawrence in 2000 with a B.S. in Mathematics and was recognized with the Multicultural Affairs Outstanding Student of Color award and Academic Resources Outstanding Senior award. In 2006, the St. Lawrence University men’s soccer program officially named their Defensive Player of the Year Award after Nick Hillary in honor of his defensive accomplishments and the example he set while at St. Lawrence. Nick was in attendance at the St. Lawrence men’s soccer banquet again in 2015 to present the Nick Hillary Defensive Player of the Year Award.

Upon graduating from St. Lawrence, Hillary spent one year as the men’s assistant soccer coach at SUNY Potsdam before embarking on a career in high school teaching and coaching. From 2001 – 2007 he taught high school Algebra II, Geometry, AP Calculus, and Trigonometry at the Admiral Farragut Academy in Saint Petersburg, Florida where he was the head varsity coach of boy’s soccer. He was Head of the Mathematics Department at the academy where he oversaw five instructors and over 350 students. During his time at AFA he was again distinguished amongst his peers with the Award for Outstanding Services and was awarded the Who’s Who Among America’s Teacher award for excellence as a distinguished educator.

From 2007-2009 Nick Hillary was the Assistant Men’s soccer coach at St. Lawrence University where he helped lead the team to a conference championship and a trip to the NCAA tournament. While at St. Lawrence he was an academic counselor for the HEOP program where he tutored and mentored students. In 2009 Nick was hired to be the Head Men’s soccer coach at Clarkson University where he led the Golden Knights soccer program for 5 years. During his time at Clarkson, Nick also served as the Student Athlete Advisory Committee representative for the Clarkson University Athletic Department. In this role, Nick supervised a group of approximately 45 student-athletes who were selected from amongst their peers to represent their teams as leaders in the athletic department and within the Clarkson Community.

Nick is a loving father to five children and resides in Potsdam, NY.

Do your own research. Ask your own questions. Truth for Nick Hillary.